The Forward Collision Warning (FCW) system failure is becoming a huge concern to most Honda owners especially the Honda Accord, Cross tour, and Odyssey. If you read most automotive forums, you’re likely to see desperate car owners asking questions such as “What does FCW system failed mean”.

Now, on one side, the FCW system is a unique safety technology that’s designed to lower the likelihood of rear-end incidents. Installed in most modern vehicles, this technology is designed to notify drivers when a collision is imminent so that they can react before an accident occurs. But, just like other systems, the FCW can sometimes fail.

According to Honda, the FCW can sometimes give a false warning due to extreme weather conditions such as rain, snow, fog, or extreme heat. They state that motorists experiencing this problem should pull over in a safe place and turn off the engine for 20 minutes. But, as a concerned driver, an FCW system failure can be a huge concern, especially if the message doesn’t go away after turning off the engine. For that reason, this short guide has come to walk you through everything you need to know about the FCW system.

What Is FCW System?

The FCW system is a unique technology installed in modern Honda vehicles to lower the rate of collisions/accidents when driving. This system uses special sensors to scan the road ahead of you. Among the things that are scanned by the FCW system include vehicles, pedestrians, and stationary objects.

In most cases, this system monitors your speed and the distance between your vehicle and the object ahead of you. In case it detects a potential collision, the system activates visual and audible warnings to alert you.

In some new Honda models, the FCW system is paired with the automatic emergency braking system to assist motorists in case of an emergency where you’re unable to react fast enough. So, in case you detect a Honda FCW system failed message, then you should react immediately to avoid a potential accident.

How the FCW System Works

Now that you know what the FCW system is, the next step is to understand how this safety technology works. The FCW system is designed to identify and potentially avoid impending collisions. To do this, the system uses lasers, radar, or the front camera to scan the road ahead of you. In case the system detects a possible collision, it notifies the driver using visual or audible warnings on the dashboard or via steering vibrations.

At least this way, you’re able to react fast enough by either braking or steering the vehicle to avoid a collision. In some rare instances, the FCW system activates the emergency braking system to stop the vehicle in case you fail to take the appropriate action.

Now, just like other systems, the FCW system can be adjusted depending on the situation. Since the system can give a false “FCW system failed Honda” message, motorists can opt to adjust the settings on the Setup Menu on the car’s infotainment system.

Here, you can adjust the settings between short, regular, and long. Lastly, it’s good to note that the FCW system can sometimes give a false message due to bad weather conditions. Therefore, instead of listening to those annoying warnings, you can simply adjust the settings on the Setup Menu.

How Do I Turn Off FCW in the Honda Accord?

Just as we’ve discussed, the FCW system uses radar, lasers or a frontal camera mounted between the rearview mirror and the windshield. This system is important because it detects possible frontal collisions and notifies you via visible or audible warnings on the dashboard. In most cases, this system works when driving at speeds of over 10 mph.

But, just like other programmed systems, there are times when the FCW might issue a false “FCW system failed” warning when driving. Some of these cases include driving in bad weather or when there’s extreme interior heat. Other causes include driving in areas with lots of animals, pedestrians, or children.

How Do I Turn Off FCW in The Honda Odyssey?

In the case of a Honda Odyssey, the process of turning off the FCW on this vehicle is identical to that of the Accord. But, other than deactivating the FCW system via the infotainment system, you can also long-press the button on the steering wheel for a few seconds and then listen for a beep sound. After the beep sound, the FCW system will deactivate. 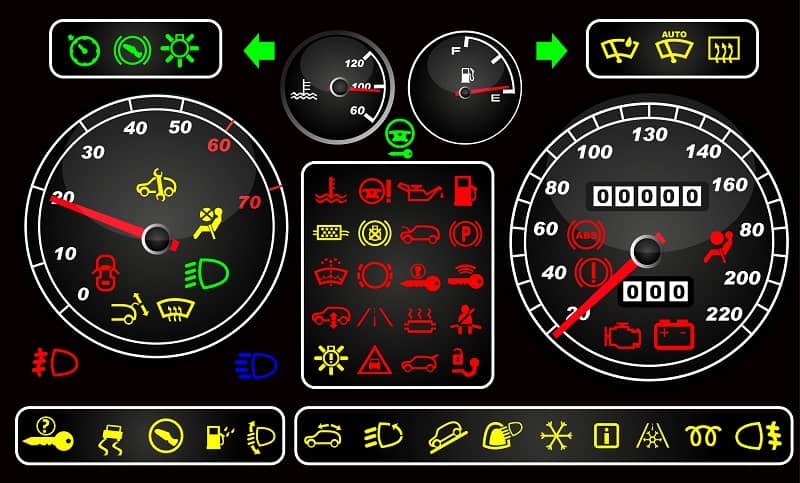 As you can see, the FCW system uses sensors, razors, and front cameras to scan the road ahead of you. But, just like other systems, the FCW system can activate the “Honda odyssey FCW system failed” message due to one reason or another. In this section, we’re going to list some of the common causes of FCW system failure.

Another common reason why the FCW system fails is a problem with the software supporting or managing it. In most cases, the software fails or malfunctions due to bugs or lack of proper updates. To solve software problems, simply update the software frequently to stay up to date.

Physical damage such as an accident is another reason that can trigger the FCW system failed message. Also, when modifying your vehicle by replacing the bumper, you might damage the sensors without knowing it. In case of any damage to the sensors, you should take your vehicle to an expert mechanic to have them checked.

We’ve already mentioned this factor several times in this guide. That’s because inclement weather is the number one cause of the Honda FCW system’s failed error message. You see, bad weather causes the FCW system to issue a false alert that a collision is imminent.

For that reason, it’s recommended that you drive very carefully. Since the FCW system serves as an extra pair of eyes, driving with a malfunctioning system means that you’re not aware of an approaching accident. Thankfully, motorists are advised to pull over and turn off the engine in case of an FCW system failure.

Why FCW System Failed is Dangerous

Since the technology is meant to scan the road to notify you of possible collisions, driving without it means that you have to be extra cautious. Always keep your eyes on the road and in case of an accident, seek medical help immediately.

Now, if you’re seeing the FCW system failed Honda error message, then it means the FCW system is detecting a problem and it’s not working correctly. Some of these problems are the ones we’ve discussed just above. But, other than that, there are other issues that can trigger this error message.

One of these possible causes is a windshield replacement. This happens when you replace the windshield and tilt the front camera accidentally. Another common cause is driving under inclement weather such as heavy rain, snowfall, or fog. However, the system can return to normal once you wipe the windshield.

Hot temperatures inside the vehicle can also cause the FCW system to fail especially if the front camera overheats. Thankfully, this problem can be solved by turning on the air conditioner.

Other variables that can trigger the FCW system error message include mounting extremely bright interior lighting or driving with a faulty ABS modulator or VSA module.

How Do I Reset FCW System Failed?

If you’re driving and you see the FCW system error message, the first thing you need to do is to park in a safe place and turn off the engine. Wait for about 20 minutes then turn the engine back on. This step is meant to reset the vehicle’s computer and the FCW system as well.

However, if your car is still under warranty, then it’s recommended that you take it to a professional Honda dealership. Here, the mechanics will use a diagnostic scanner to scan the vehicle and then reset the entire ECU.

How Do I Recalibrate My FCW?

In case the Honda odyssey FCW system failed error message persists, then the next course of action is to recalibrate the FCW system. But, suppose you just replaced the windshield recently after a collision or an accident? Well, in this case, you’ll need to visit an authentic Honda dealership to have the front camera readjusted. This process is known as recalibrating the FCW system camera aiming.

In this process, a skilled mechanic performs static or dynamic camera targeting using targets that are set up according to your vehicle’s service handbook. When calibrating the front camera, the parking brakes are engaged and the headlights/DRLs are turned off.

Besides performing a camera aim, your mechanic will also calibrate the car’s sensors to ensure that they’re working perfectly. Once the calibration is through, the FCW system should start functioning normally.

Q1: Where is the FCW Sensor Located?

Now, depending on your vehicle, the FCW sensor can be located under the front bumper of your Honda vehicle. Other Honda models rely on a camera located behind the rearview mirror and pointing directly at the windshield.

Well, Honda has not issued any recalls related to FCW system failure as of now. However, if your Honda car model is under warranty, then it’s recommended that you take it for a checkup in case you detect any fault in the system.

The FCW system is a safety technology that has been set to lower the chances of accidents and collisions when driving. With this technology, motorists are warned of potential hazards when driving. To boost safety, some systems are combined with automatic emergency braking to save drivers in case things happen too fast before they can react.

But, just like other systems, the FCW system can sometimes malfunction causing the vehicle to display an FCW system failed Honda Odyssey error message.

If this happens, then you’re advised to park your vehicle and disconnect the battery for about 20 minutes to allow the car’s computer to reset. If this method fails, then the next alternative is to take your vehicle to a licensed Honda dealership to have it scanned and repaired.