Can you pump gas with the car on? Well, this is one of the pressing questions most motorists ask when fueling their cars at filling stations. In fact, if you check on most automotive forums, you’ll see most motorists asking other questions such as “Is it legal to fuel the car with the engine on? Is it safe? Are there any fines imposed?” etc.

Now, if you drive in most gas stations, you’re likely to find warning signs notifying you to turn off the engine while pumping gas. Now, the question is, do you take these signs seriously or do you see them as myths?

How Flammable Is Gasoline? 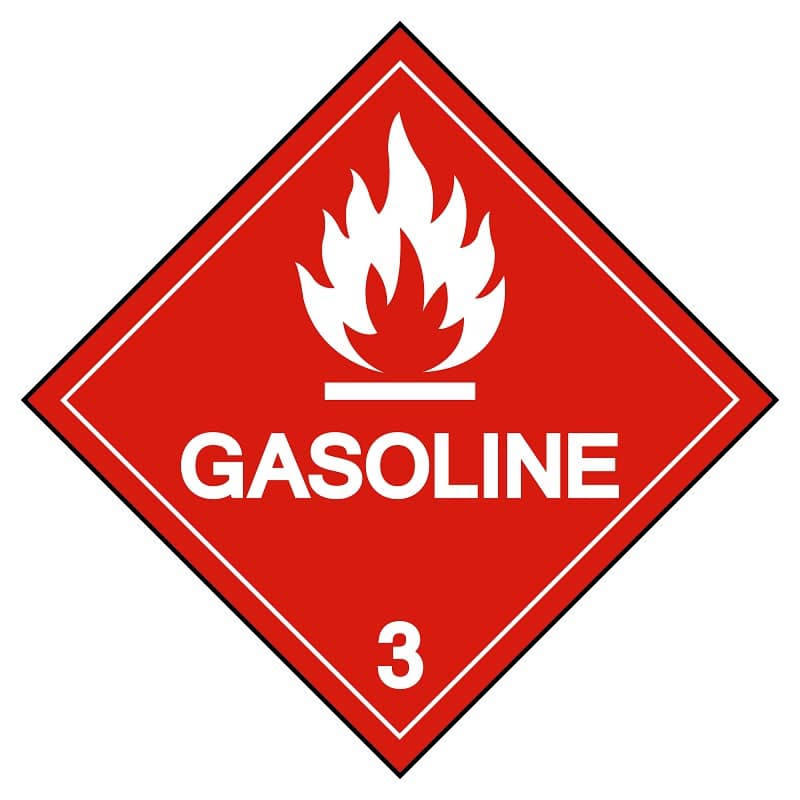 So, before we discuss whether it’s safe to pump gas with the engine on, let’s first look at the chemical properties of gasoline and why it’s such a flammable liquid. You see, gasoline is among the fuels that are heavily used in most households. But, despite its uses, this fuel is highly volatile, thus making it very dangerous.

Now, the reason why gasoline is very dangerous is due to its extremely low flashpoint. Flashpoint is the minimum temperature with which fuel releases enough vapor to ignite when mixed with oxygen (air). In the case of gasoline, this one has a flashpoint of around -23°C, which makes it extremely flammable even under freezing cold temperatures.

Another factor that explains the high flammability of gasoline is the extremely high vapor density. Now, vapor density is the ratio of the density of gas vapor to that of oxygen (air). In most cases, gasoline vapor is considered heavier than air.

This property allows gas vapor to accumulate faster in low enclosed spaces. It also allows the vapor to spread faster to longer distances from its source. In case it detects a nearby flame, spark, or static electricity, the vapor can become a fireball with a temperature of nearly 15,000°C.

So, in case you’ve been asking how flammable is gasoline, then you have the answer. Just as a summary, flashpoint and vapor density are two of the factors that make gasoline a significantly hazardous liquid as compared to other ignitable and combustible liquids.

Why Is It Dangerous to Pump Gas with the Engine On?

From what we’ve discussed above, it’s clear that gasoline is an extremely flammable liquid that can be hazardous when ignited. With that said, let’s discuss why it’s dangerous to pump gas with the engine running.

However, considering how flammable gasoline is, it only takes a series of events before a fatal fire accident occurs. Now, when it comes to turning off the car, the issue is not the car itself, but rather the risky conditions that are created when the car is running.

You see, when you open the gas tank to fill it up, you allow gasoline fumes to escape to the outside. This contaminates the entire gas station with gasoline fumes. In this case, you’ll be having two basic elements to start a fire, which are gasoline and oxygen. What is now remaining is the source of the fire.

So, by leaving the car on, you’ll actually be triggering the third element without being aware of it. Although it’s rare, here are just three of the common factors that can create a source of heat or ignition.

How to Pump Gas 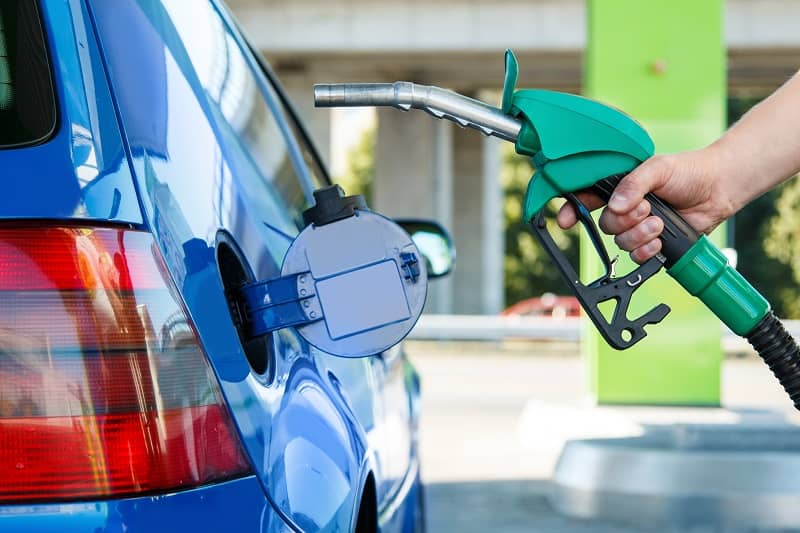 Now that you have the answer to the question of whether it’s safe to pump gas with the car on, this guide will now walk you through a detailed process on how to pump gas in your car.

Now, if you look at a pump attendant pumping gas, you might think it’s a simple process. What you don’t know is that there are some basics you need to observe. So, in this section, we’re going to walk you through some of these basics.

When you pull over at any gas station, the first thing you should know is to locate the gas tank. For reference, you need to check the direction of the triangle-shaped arrow near the gas gauge on your car’s dashboard. This arrow usually points in the direction of the gas cap.

Once you’ve located the side of the gas cap, drive slowly towards the gas pump. Check on the side mirror to ensure you’re close enough to the gas pump.

Once the engine is off, open the fuel cap and determine the type of fuel you’re going to pump. Here, you’ll choose between premium, mid-grade and regular. Once you determine the grade of fuel your car uses, wear a pair of protective gloves.

So, with gloves on, grab the fuel nozzle and push it inside the gas tank. Squeeze the lever to have the fuel flow into the gas tank. During the fueling process, turn your eyes to the gas meter to see how many gallons of fuel you’re pumping. Once you reach the ideal amount, release the lever to stop the nozzle from pumping more fuel.

So, once you pump the right amount of fuel to your car’s gas tank, remove the gas nozzle and squeeze the gas cap back on. Turn it a little until you hear a clicking sound. When you’re done, remove the protective gloves and pay for the gas either via cash or credit card. 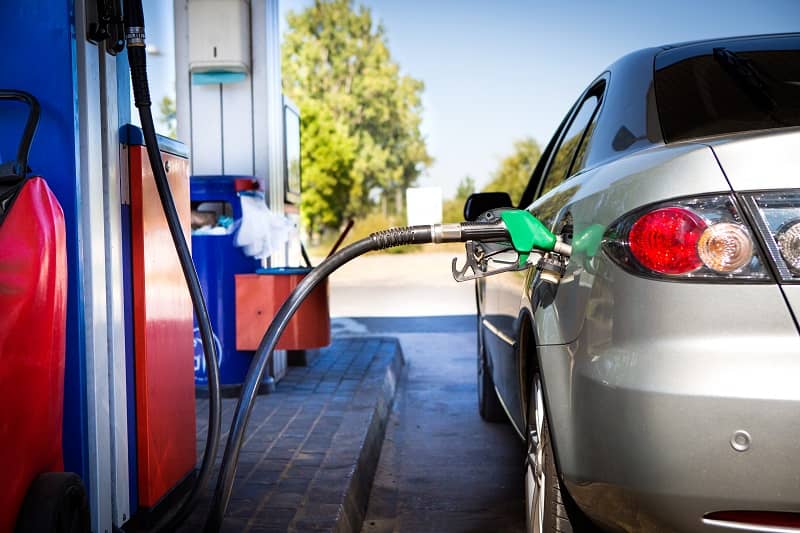 Q1. Is it Safe to Use a Phone in the Filling Station?

Well, in most cases, you’re not supposed to charge your phone while the car is being fueled. Doing so can trigger a fire in case of an electric spark in the charger. Secondly, using your phone while outside the car can cause a distraction, which again can lead to an accident.

Q2. Is it Risky to Overfill Your Gas Tank With Fuel?

Well, in most cases, it’s considered risky to overfill your gas tank with gasoline. You see, your gas tank is designed to hold a specific amount of fuel. The rest of the space is left for the charcoal canister and vapor intake hole.

So, if your gas tank is topped up with excess gasoline, the excess gas is sacked in the charcoal canister and the vapor intake hole causing poor engine performance and damage.

Q3. What Should I Do if I Get to Contact With Gasoline?

Now, in case you accidentally get to contact with gasoline, the first thing you should do is to wash the affected area with a lot of water. In case it gets to your skin, washes the affected area with warm soapy water. In case it’s the eyes, flush them with water for at least 15 minutes. If the case is severe, then you should seek medical help immediately.

Q4. Is it Illegal to Refuel Your CAR With The Engine Running?

The simple answer is Yes, it’s illegal. In fact, most states clearly specify that it’s totally illegal to leave an internal combustion engine running when pumping gas. However, countries in extremely hot and cold regions usually bypass this law and proceed to refuel their vehicles with the engine running. The reason for this is due to the extreme weather that forces them to leave the air conditioning systems always switched on.

Q5. How Do You Discharge Static Electricity From Your Body?

Well, in most cases, you should touch any metal part on the car to discharge static electricity from your body. Here, all you need is to touch the car’s door when closing it or the fuel tank lid when opening it. 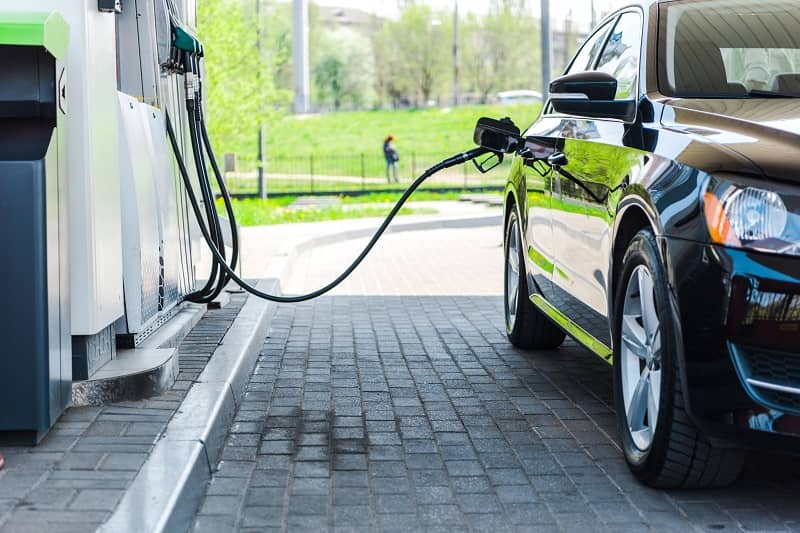 So, what’s your final view when it comes to the issue of pumping gas with the engine on? Well, according to me, there are mixed views when it comes to this. On one hand, it’s safe to turn the engine off to avoid an accident (which in most cases is rare). On the other hand, modern vehicles have advanced features that prevent such situations from ever happening.

But, as we mentioned earlier, three elements are needed to cause a fire hazard. The first is gasoline vapor, the second is oxygen, and the third is a source of heat. While in the gas station, two of the elements are already present (air and gasoline vapor). When you leave the engine on when pumping gas, you complete the chain meaning it only takes a slight error to ignite a fire.

Therefore, to avoid such catastrophic results, it’s safe to turn off the car when pumping gas. Also, the law is clear about this. Therefore, you should avoid getting on the wrong side of the law.